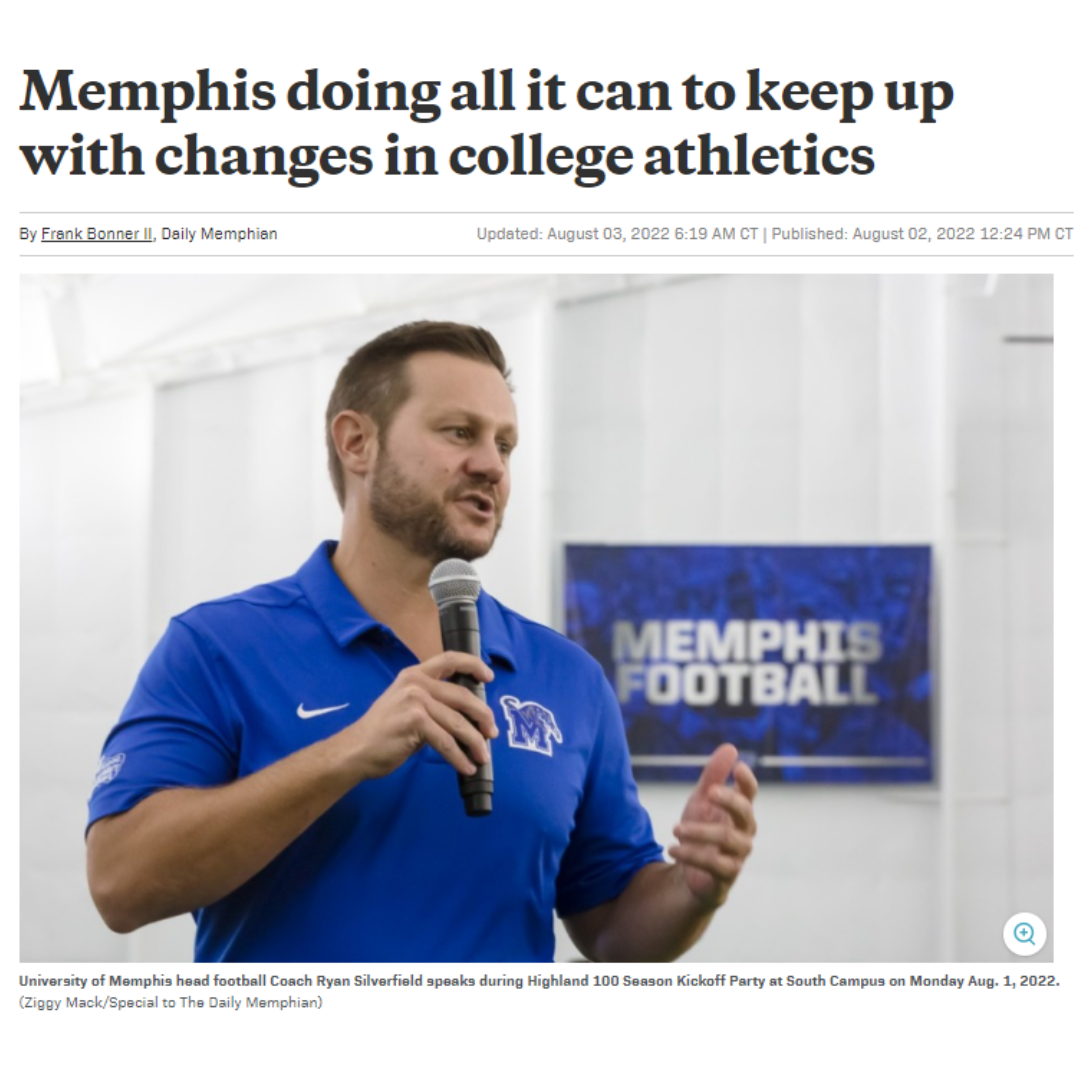 The landscape of college athletics is rapidly changing, and the University of Memphis is doing what it can to try and keep pace.

Monday’s kickoff event with the Highland Hundred booster club highlighted some of those efforts. Members of the football support group mingled with several coaches, players and athletic department officials inside the Tigers’ fresh practice facility.

Athletic director Laird Veatch addressed the Highland Hundred faithful standing in front of the new video board installed three weeks earlier and requested something he thought he would never say during almost 30 years in college athletics.

The new era of college athletics is here, and the Tigers aren’t wasting time trying to fight it. New U of M President Bill Hardgrave is doing his part in supporting the athletic program. Football coach Ryan Silverfield said he and Hardgrave have quickly developed a great relationship.

The university is investing in its players, and the Tigers aren’t shy about asking fans to do the same in this new era of NIL. The 901 Fund founder Clay Presley announced to the Highland Hundred that fans can pay $9.01 a month for interviews with student-athletes. Programs have certain liberties within the NIL rules to help promote their athletes and the Tigers are trying to take full advantage of that.