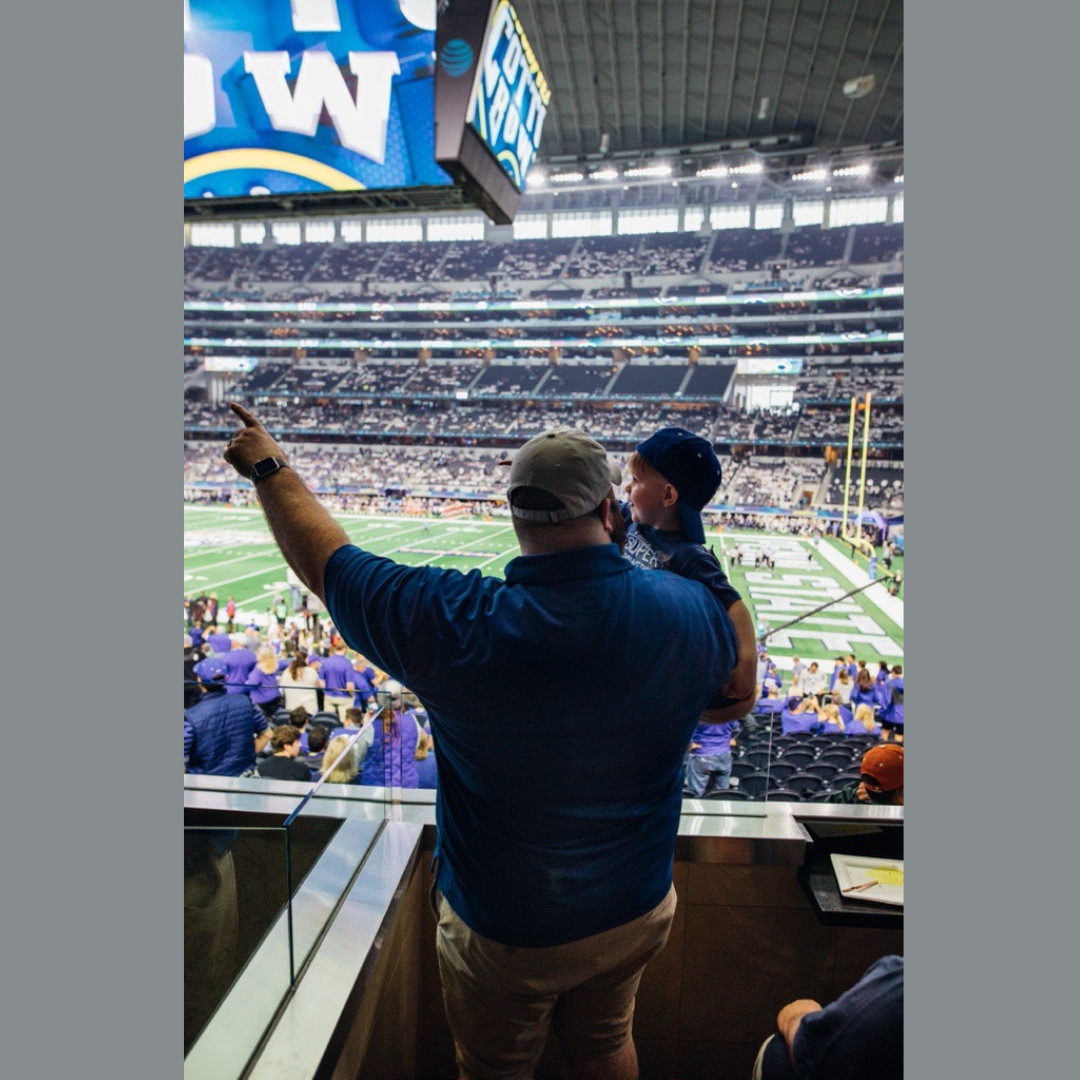 Pictured above is 901 Fund co-founder, Clay Presley, and his son, Jack Presley. This is just one father-son duo, the other being Clay and his father Jeff Presley. Clay and Jeff, two of the co-founding members of 901 Fund along with Kent Ritchey and Bob Byrd have been vocal about their support of University of Memphis student-athlete NIL and how to use it to help the Memphis community. Below is Commercial Appeal's coverage of what Clay and Jeff Presley spoke about at Highland Hundred's Kick Off event.

Jeff Presley sat in the back of the audience Monday night in his own folding chair, only noticeable because of the 6XL Hawaiian shirt he wore and the procession of Memphis football players who came by to say hello.

Those players were getting paid to be at the Highland Hundred’s Kickoff Party because of Presley and his son, and because of the 901 Fund, a name, image and likeness collective they’re operating in order to help Memphis compete in this new era of college athletics.

So when Memphis athletics director Laird Veatch took the microphone, when he immediately admitted he was about to say something he never thought he would say during his 30 years in college sports and pleaded with the most ardent Memphis football supporters to “please pay our players,” he went out of his way to also thank the father-son duo behind the apparatus making sure they get money. “Can we take something that’s a greed-fest and turn it into something that’s great for the city,” Presley said once Veatch, and new university president Bill Hardgrave, and football coach Ryan Silverfield were done pitching the crowd.